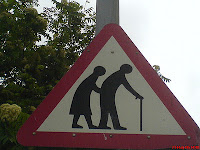 Way back in 2004, I think, Rolling Stone put out a pretty dreadful Top 100 list of the... I don't remember what they called it, "World's Best Guitarist" or something like that.  Not important since Rolling Stone hasn't mattered in decades.  Anyways, that list was compiled by what looked like non-guitarists.

Sales must be down at the magazine over the last couple of months so they made another list. Last week, RS whittled it down to "The Top Ten Greatest Guitarists of all time".
It's such a white list.   You may as well throw in Ace Frehley while you're at it.

The people that "compiled" this list remind me of the same type of people that buy Greatest Hits albums and/or get their music from Rock Band.  If they changed the title to "Top 10 Most Influential Guitarists to Baby Boomers", then it'd be a lot more accurate.
On that list, I love 2 of them, like 7 of them and just can't stand 1 one them. I'm not going to name names though.
This time around, I'm going to flip through the Reader's Comments.  I think most comments refer to the old Top 100 List because there's no way some of the suggestions could be in a Top 10.  Some comments have to be a joke.  One guy actually said Jeff Beck "was nothing". Have a look:
When I did my list so many years ago I remember writing a line like, "If kids are told that this is what "great" is, then we're in a lot of trouble."  I had no idea I'd be right.  John Mayer?  Ugh.

Now many years later and many years of hearing new things (my Number 1 pick back from the first list was Django), I may not have a Top 10 list, but I'll tell you who should be a realistic number 1 in a credible and relevant list: Chet Atkins. I bolded it so you kids might get the spelling right.  Not one person on that list can or could keep up with Chet.