I'm not a huge Stephen King fan, and I do find it annoying when he has a Trump tantrum only because adults aren't really supposed to cry like little girls, at anytime but still, he was the swamp creature in Creepshow.  I'm kidding, he was but what I meant to say is he is a pretty huge talent.

So I had a good laugh when he Tweeted "...I would never consider diversity in matters of art.  Only quality.  It seems to me that to do otherwise would be wrong."  He's absolutely correct but why I laughed is I love to see when I see a group eat its own, in this case, the far-lefties/SJWs/NPCs.  The sheep that commented on his tweet were priceless, probably because the flock probably didn't understand what he was trying to say.  All they saw was something negative because someone used the word diversity without their permission.

It's pretty simple: good is good and it doesn't matter where or who it comes from.  At least that's what I got out of it.  Maybe that's me being normal.  But the thread devolved into a bunch of whining from anything-boys-can-do-girls-can-do-better to White Privilege.  If you actually believe there's such a thing as White Privilege, you'll probably believe anything.

Here's an example of Quality vs Not Very Good.  Pretty simple. 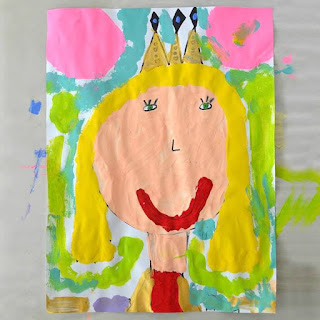 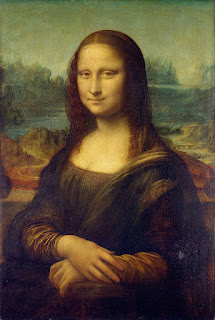 The most recent comment in the thread was pretty ridiculous.  It's an SJW sheep named @NotNikyatu, a self-described Filmmaker+Asst. Professor / #SuicideBySunlight=Black Vampires protected by Melanin day-walk among us. She/Her.

Pronouns in the profile.  That's a good sign not to take that person seriously.  Anyways, she's another one who's ego is bigger than her talent:

"To imply quality and diversity are mutually exclusive tells us quite loudly how threatened you are by the potential of a level artistic playing field in which said ‘diverse’ stories are exponentially more compelling, vast, resonant, poignant than your own...Difficult as creative industries are to penetrate, you KNOW us women and poc who make it past myriad obstacles stacked against us ARE QUALITY. We‘ve had to excel & eclipse our white male peers all our lives just to sit at their mediocre tables.

Stop with your willful ignorance."

The funny thing is I thought it was going to be a comment on what makes quality art, but she went somewhere else saying that the artists are quality people.  Maybe they are but that's not the point.  A lot of shitty people can make great art, and shitty art isn't made better because you're a nice person.  But sometimes you can be shit at both, like Rosie O'Donnell.

And when someone goes straight to the race card, they know they don't have a legit argument.  Diverse stories are compelling, and they're already grouped into what's know as "genres", which all SJWs should love since they're always putting things (like people) into groups.  And then she rambles on about how unfair things are to a negative person, so somebody is sour grapes.  I'll be honest, I have no interest in seeing her vampire movie that doesn't seem to have a plot.  It just seems to be they're just black vampires.  Even Blacula had a plot.  I hardly think Mr King would be threatened by her work.

How's this: I've put out 15 CDs over the years and I'm barely known.  I'm not bitter.  Maybe my stuff isn't for the mainstream.  OK, I know it isn't but that's not my thing.  And guess what?  I have had the same amount of barriers as anyone else.  What I don't do is sing the blues about it.  So @NotNikyatu should give her mouth a rest and try being creative.  And you know someone with this kind of attitude doesn't get far because of their attitude.  It's off-putting.  Now, if I saw her name on anything, I wouldn't be inclined to go see it no matter how it good it was because she's a racist weirdo.

Then there was some Nancy Boy that did a bit of virtue signaling.  I want to tell all Male Feminists right now that virtue signaling won't get you laid.  Then one guy tried to shame Mr King about his "privilege" until someone corrected him.  Maybe it's easy to forget how many thousands of hours Mr King put into writing books when the person making the comment was born 20 years after Stephen's first book.

Speaking of bitching, @chrisiousity seems like she's had practice:

"I would have thought you were smarter than this, honestly.  The first problem here is that most of the people deciding what counts as "quality" art are and have been white dudes. The subjective nature of art means that what resonates with them and their experience tends to be stuff produced by or with an eye to pandering to people just like them.
To say that this has had a deleterious effect on quality would be an understatement. It has caused a narrowing and hardening of what is possible in art, assumptions about what is and isn't "viable", and 2/"

This is coming from someone who describes themselves as Agnostic but Spiritual, Youtube Feminista, slightly used bisexual seeking justice.  So that made her nonsensical two-tweet rant even more baseless.  Good thing there wasn't a third Tweet like she led on.  It's funny to see someone with no credibility try and shame Stephen King.

Another one was "Damn, Stephen. Damn. I thought you were better than this. It should be obvious that diversity and quality *aren't separate qualities,* or in opposition to each other -- except in the minds of bigots."  That came from N. K. Jemisin who is a self-described "Hugo & Nebula-winning bestselling SFF writer & reviewer. I use robust autoblockers due to harassment. They catch some friendlies. Unavoidable; sorry. She/her".

People only use blockers if they're in the habit of saying something stupid online.  But Diversity and Quality are two different things.  That's just how words work.  They're both not qualities though; that didn't make any sense.  Quality is about how good something is and Diversity is about variety.  I'm a dumb guitar player and I know the difference.  Actually, there were quite a few sheep that bleated out how could Mr King think that diversity and quality are two different things.  Well, they are.  The two can intersect from time to time but they are two separate words with two different meanings.

A doozy from @Gabino_Iglesias was: "Every writer of color reading this, including me, has had to work ten times harder to get the same recognition/opportunities straight white male authors get from the start. Same goes for women, LGBTQIA writers, & other underrepresented voices. Diversity matters. It matters a lot." 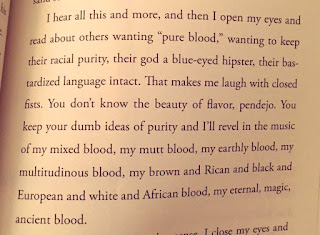 I think sometimes the best way to sell a book would for it to have a cool cover, because after I read that paragraph of word salad, I decided right there and then that I'd never buy his book.  Yes, someone will have to work harder when you're aiming at a niche market.  These aren't the people that say, "I want to reach the largest amount of people as I can" so they don't, and then they're broke and think everyone's against them.  And another reason Gabino fails is that he uses art to get recognition.  That's not how art works.  Using art for recognition is as weak as someone saying they learned to play the guitar to meet girls.  You might meet girls but you'll never be a great guitar player.

I loved the guy who asked Gabino, "Can I ask why you work 10 times harder?" and then didn't get a reply.  It seems Work is just as subjective as Art to SJWs.

"But you say this from #WhitePrivilage

You have zero idea how to live in my world, where I can't even find one book like this for my child."

The obvious: who the hell would buy a children's book about Ilhan Omar?  This does not seem remotely interesting, and couldn't possibly contain anything that resembles quality.  Kids, along with most people, hate politics.  She struggled to make a book that no one wanted and wondered why it couldn't get published.

The best tweet that I saw that dismantled everyone else's arguments/comments was: "I could wallpaper my home with rejection letters. Probably Stephen King's too. And I'm a white male. Finally got published, not as great as you might think, very difficult road, 1% of authors sell 90% of the books."

That's because any job in the Arts doesn't pay unless (ready for this?) you're lucky.  The term Starving Artist didn't just appear out of nowhere one day.  It's been like that forever.  There aren't a lot of day jobs where oil painting is an asset.  You'd be a fool to think having a career solely in the Arts is a good idea.  Not everyone that lacks talent can get free ride to celebrity status like Taylor Swift.

These Stephen King comments relate to something I was going to Blog about the other day about how a Native lady got picked to write a Star Wars book only because she's Native.  Or Indigenous.  Or whatever they're called this year.  She was quite happy about that fact that it was only because of her heritage that she got the offer.  Even better, she admitted to not being a Star Wars fan.  So how would I get a quality product with of credentials like that?  Simple, you wouldn't.  Actually, you couldn't.

And I couldn't believe how many comments mistakenly try to tie movie-making with the Arts.  You can tell people with those kinds of comments did nothing with their life except binge-watch Netflix.  Movies are on the lower end of the art scale, just like photography.  It's not painting or music when you can create something aesthetically pleasing out of using a few mediums and your hands.

So, I started off with the intention of pointing out how quick the far-left eats itself, but I ended up reading a bunch of comments from a bunch of no-talents that are obviously jealous of Mr King's talent, hard work and success.  And a word of advice to the naysayers in the comments: if you want to get by through life, try being polite.  The only barriers you face are the ones you put up yourself with your terrible attitude.