It's Time To Grow Up

Other than being a fake news story (this isn't real news), the question I had after reading this was what happened to people?  Is it me or is everyone getting sadder and more pathetic?  A man's half-ambition makes a story.  I'm not jealous.  Well, a little.  Don't forget to listen/download to last year's all instrumental album Sinkhole here at BandCamp, or Spotify or Apple.

If your favourite job was working at BlockBuster, I feel sorry for you.  But not sorry enough to not pick on you. 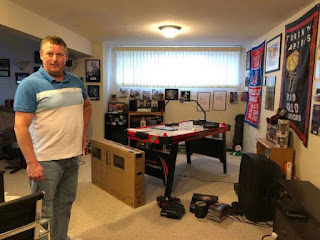 "Nol Preen (see right) is channelling (sic) his love for movies and the defunct Blockbuster Video chain into a new DVD rental service operated from his home in Kelowna, B.C.  Preen is calling the venture "Blockbuster Part 2" and plans to launch in February with a collection of over 900 titles — all of which are stored in binders in his basement."

In the basement, eh?  That red flag should attract some red police car cherries by March.

I'll guarantee you he's a FaceBook user.  I had to dumb myself down to imagine how this would go but here's probably the conversation he had in his head: "I need money.  I could start a business; it's only $60 to buy a business name.  Let's see, there's nothing I'm really good at...  I know, I have all of these DVDs laying around; I should just make some money renting out my old DVD collection.  Even better, from my basement!"

He's got it all worked out: he can write-off a percentage of his living space; start up costs are zero since all of his movies are bought and paid for already.  He didn't even have to think to come up with a new business name, since he has that cleverly worded Blockbuster Part 2 all to himself.  Shit, he'll even review and rate the movie for you, just so you don't have to.  He sit can on his ass and just watch the money roll in on a conveyor belt.  Gravy.

Just don't tell him about this inconvenience: 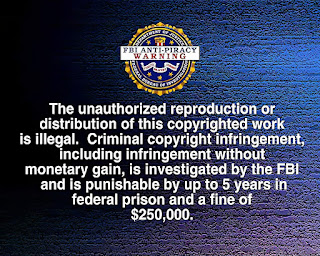 I think the unauthorized distribution part might be a potential problem for him but I guess money's no object when you're renting out your old DVDs.  The income should easily offset the court costs and fines.

And running it out of his basement... I'm already dubbing this Blockbuster Part 2-Gate.  If his basement colour scheme is blue and yellow, then this could very well be the dumbest person I'll read about all year.

And he gets a story done about him.  WTF?

You know what a real person would do, especially one that's so passionate about working at a video rental store?  Rent a unit in a plaza and set up, wait for it, a store.  Holy shit.  People did the same sort of thing before Blockbuster got into the business.

Nol's apparently not the only loser though: "A St. John's, Nfld., man built a full-on replica of a Blockbuster in his basement, dubbing it Megahit Video."  Probably because BlockBuster Part 2 was already taken.  I shouldn't make fun of that guy.  It sounds like he actually built something, which is more than Nol could ever fathom, and built it just for fun and he's probably not illegally renting out movies like Nol is.

Not that I want to promote laziness, but Life Hacker has a page full of stupid ideas like this: https://lifehacker.com/all-the-stuff-you-can-rent-out-to-earn-extra-cash-1712131708.  Or, just as lazy but not as tacky: https://finance.yahoo.com/news/101-ways-money-without-9-090000975.html

One idea was sell your art.  Take it from me, it doesn't pay.

Did I mention the latest album, Sinkhole, is available at BandCamp, or Spotify or Apple for a listen/download? 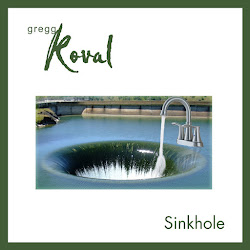