Lots of causes are going around these days.  I see all of these unkempt protestors complaining about things that don't affect them directly and I see the lovely scowls on their faces and I think, "I want to be like that even though I'm happy to be on the planet, so I'll have to manufacture some kind of negativity".  I mean, who doesn't like to be associated with a noble cause when they're not noble themselves?  Benevolent by Proxy is what I want to be, just like a real activist.  You can see these types at Runs for Cancer; they want you to think they care about the cause but deep down, they only care about how they look to others.  It's empty but it still happens.

I want to be a part of a cause, any cause, but most importantly, one that gets its own flag.  Something eye-catching, yet can be overlaid over a social media profile pic.  And maybe a ribbon when those come back in style again.

There's already lots of different flags out there.  It's as if flags have been around for a while.  I had some good ideas but a lot have been used already and I'm not really into stealing someone else's design if I don't have to.  I like Science but was disheartened when my first idea for a flag, the light spectrum, was already taken.  I like the band Rainbow so I'm guessing that's a band flag originally created in the 70s when the band started.  I saw another light spectrum flag with an extra brown and black stripe added to it.  They say it's a "Trans flag" which oddly doesn't have any actual car colours in it.  That's stupid.  I wouldn't think the makers of the band Rainbow's flag would be happy to see their idea basically stolen and then have 2 neutral colours lazily added to it.  It's like when Katy Perry or Taylor Swift say they wrote a song but really only contributed a word or phrase to someone else's song and take the credit.

I see there's a flag with pale blue and pale pink stripes.  I had no idea they made a flag for expecting mothers for their baby rooms.  One was grey, white and green and I thought it's about time that licorice candies got their own flags.  I think the pink and black flag must be about licorice too.  Some people really like black licorice.  To each their own.

Some colours I won't use for my new flag, like brown.  It's the colour on Canadian cigarette packs and I'm always reminded of the person behind the counter painfully trying to find a particular brand of cigarettes since all of the packages look alike.  The Canadian Government sure hates convenience store clerks.  Also, brown reminds me of pooh, and I'm happy to say that part of my life is over.

When designing a flag, I'm finding objects don't work well on flags. Ideally, you'd want a Grade 2er to be able to draw the flag on the back of their school notebooks, so no objects except maybe a Jollyrancher skull.  Kids love drawing skulls, especially with a fire spitting cobra coming out of its mouth.  That would be a kick ass flag but would really be more appropriate on a t-shirt so it can go anywhere and reach more eyeballs.  Flags with tools on them should be avoided.  Really, what kind of dumbasses put tools on their flag?

I'm going to let everyone in on a little secret if you're looking to make a flag for your cause.  Go to https://99designs.ca/blog/tips/website-color-schemes/ It's where I went and I was totally inspired.  Try not to pay attention to the webpage examples because they're all pretty cringe, like the Fertility Tribe example.  Just pay attention to the right of the example for the colours scheme.

And I think I found it.  My new flag: 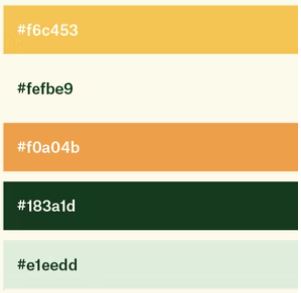 And everyone can make an exact replica since it includes the RGB colour codes.  If anyone from that website says I can't use their colour schemes, I will proceed to call them racists, misogynists and bigots, and that my lived experience trumps theirs.  Works every time.
It's the superficial things that matter the most these days and this new flag does it in spades.  I know earlier I mentioned that I'd figure out a cause after because I'm more interested in making a flag now but as I was drafting up this post, I was leaning towards this being a Check Your Social Justice Privilege flag.

Seriously, after all of this flag talk, I started to feel bad for all of the flags that have been misused and oppressed for some oppressive, phony cause they probably don't even agree with.  This has been going on for centuries.  These flags were never given a choice to pick their own colours, and flap proudly in the wind on a flag pole or their choice.  It's just all "shut up and fly".  But these aren't kites, or friends of kites, they're flags and flags deserve to be respected.  They're not towels to be used for some dumpy activist to wipe their sweat on.  They're flags.

This flag goes out to all of the oppressed flags in the world, the flags who are taken for granted on a daily basis.  This is a flag for all flags: small flags, big flags, checkered flags, red flags, golf green flags, air signal flags... All flags and I proudly stand with all flags.

As a side note, I am proud of Canada use of flags.  The Canadian flag was flown at half mast for most of 2021.  I believe that was in honour of Charlie Watts.  We'll miss you, Charlie.