Last week I drafted up a Blog on the topic of the Canadian Juno Awards and how female "artists" were complaining about there not being enough female nominees.  The Blog was basically saying maybe girls should do a better job writing songs.  Also, how about we give all the females Junos like they give out medals at the Special Olympics to placate them?  But instead, I'm going to do an entry on how weak New Country song writing is, so at least I'm on the same theme about bad music.

It was a lovely day last Sunday, unusually warm and the sun was out so I thought I'd sit out at a patio and have a quick pint at a local bar.  Then I heard the radio.  I had the hardest time eating my Kettle Chips because while I was trying to swallow food, puke was trying to push it back up...all caused by New Country Music.

Now it's easy to criticize New Country Music because it takes all the annoying cliches of country and throws it all in 3 minutes of aural shit.  But other than the cliches, and autotuned vocals, what drove me to puke was listening to the words.  I got so annoyed, I tweeted Country Music is stupid music for stupid people.  You can thank me later.

Before I start, I just want to say that I don't and won't consider myself a "songwriter" although I've made 14 CDs (I like throwing that in there once and a while).  I keep forgetting, when someone says they're a songwriter, they mean that they usually make words, and sometimes chords to a song.  I think of song writing as making the entire song, arrangement included.  So remember to dumb yourself down when the term "song writer" comes up later.  Anyways, for me not being a proper singer, I've had to come up with many sets of lyrics over the years.  Making lyrics isn't the easiest thing to do when you try to not repeat yourself.  Not all sets of lyrics have been gems but the odd one turns out and that's usually what would be the latest single.  I would never just throw together a set of words just to get a song done.  That's called being lazy.  I spend a gross amount of time on lyrics and to me, lyrics are secondary in importance.  So if I spend a lot of time on something that isn't that important to me, maybe real songwriters should too.  But they don't. 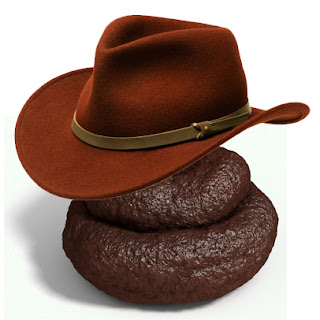 Country Songwriters should get their shit together.  Kids getting into song writing might think Country lyrics are acceptable if they hear them on the satellite radio enough times.  But they're not acceptable.  The lyrics are good enough for a guide, or a placeholder for a set of real lyrics but Country stops was short of doing anything remotely interesting with trying to convey an idea using words.  How many times I heard "beer", named brand beer, trucks, "cute girl in tight jeans", bars, etc in a half hour span was maybe a feat unto itself but it sure isn't fun while trying to eat.

The one that did it for me was the song about the guy slugging it out in a factory for 40 hours a week and then wants to go to the bar and drink, you guessed it, beer.  Which would be acceptable if either the songwriter or the "artist" actually had or could hold a manufacturing job.  A factory would be the last place a "professional songwriter" ever stepped foot into.  They could only dream what the inside of a factory actually looks like.  So not only was it a poor set of lyrics, it was dishonest too.

Adding to the problem, and pop music is just as guilty, it seems that it's always two or more people "writing" a song.  Sometimes it can take up to 4 people to come up with a terrible song.  It's easy to figure out the why because here's how "songs" are made: You get a group of guys (maybe one's an English major if you're lucky), and Wednesday nights are Song Nights.  Every week, these guys get together with nothing planned and are supposed to churn out a song by the end of the night.  That's a great exercise but by the end of the night you've got an empty song that sounds like it was made in a couple of hours.  If you're really unlucky, the "artist" might come in and try and get a writing credit for adding a word or two (think Katy Perry).

If I made Wednesday nights Song Night, and I started with nothing, I bet 4 hours later, I'd have something but it wouldn't be a good song.  I'd have to put in more time than that, plain and simple.  I've put in more time with songs that I know I'll never release than what gets heard on the radio.

Still, some of these songwriters actually have the balls to say out loud, "it's hard work".  Making up a set of country lyrics is not hard work.  Another songwriter actually said "Country music is built on real experience, real songs, real stories" except for maybe the tool shop song I mentioned above.  Another dandy was, "I like to brainstorm, and sometimes I’ll have a whole chorus".  Holy shit, a whole chorus by yourself.  Phone the neighbours.  But this was the best one: "I’m going to start trying to have the writers come out on the road with me every now and then. I want to make sure to keep that creative side of me."  Very creative, very creative indeed.  I got the quotes from www.songwriteruniverse.com

Songwriters: how about you stop patting yourselves on the back and make one real good song?  You've had years of practice.  Take all that experience and make one good song.  What's worse, this is your day job.  Try a bit, just try and make something original and good.  Or just strive to be good.  I sure as hell wouldn't be smug making crap.  I'd feel guilty that I got money for doing such a poor job.  Or ask Santa for some integrity this Christmas.

Country is the only genre that can have 52 No 1 hits in a year and that's not a great stat.  It seems like every Nashville songwriter has over 10 No 1 hits but then again, so do the other 3 co-writers.  Not really impressive.  Once you start doing production line music, it's just churning out one uninspired piece of bullshit "hit" after another and it doesn't take a genius to hear it.

For my Tweet, I probably should have typed: New Country Music is stupid music, written by lazy people, for people that don't really care for music.
Posted by Gregg Koval at 12:16 PM