Another Parent Ruining Halloween for Their Kids

Nothing's worse than a Woke Parent; and a woke father no less.  I came across this article written by a beta male that probably doesn't even know he's a beta male: My Daughter Wore a 1960s-Inspired ‘Indian’ Costume — And Here’s How I Took Care of That.  By Joseph Wilson  (https://www.cbc.ca/parents/learning/view/racist-halloween-costumes-talking-to-kids)

The first couple of paragraphs is Joseph reminiscing about days gone by, going to his Mother-in-law's and going through all the hand-sewn Halloween costumes.  Then the cringe begins: Every now and then, though, a costume will appear that has not aged well. Last year our eldest daughter, Sonia, appeared at the dining room table in a faux-Native costume: a beaded leather vest with feathers plus a leather headband that read, “White Cloud”. 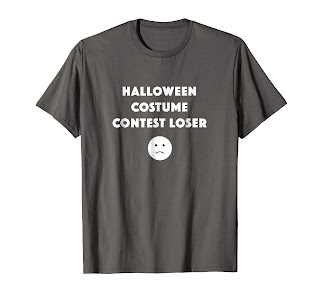 Our usual coos of approval were replaced with raised eyebrows and muted smiles. She was baffled at our reaction.

“That costume is a little different than the rest,” I said.

“I know, but it’s not really fair. Indigenous people are real people, not costumes.”

We didn’t want to spoil her fun but also didn’t want her to unwittingly participate in a system that treats objects from Indigenous cultures as the spoils of plunder. When meaningful symbols and signs are remixed into Halloween bling, it is at the expense of a people whose culture has been systematically dismantled over time.

Dad's a square and no fun.  And the place that displays objects of plunder would be the Vatican.  If this is how he views the world then it makes sense that he's a namby-pamby and doesn’t realise he's his own worst enemy.

The “costume” was a pastiche of pop culture versions of “Indians” from the ‘60s; a simulacrum far removed from the experiences of an actual Indigenous person, the kind who were driven off their land and penned up in reservations across the continent.

Costume didn't need quotes around it.  Whether he likes it or not, it's just a costume.  And since it's a pop culture native and not a real one, then what's his problem?  If it's a good look, then he should put a positive spin on it, like "those natives sure knew how to dress better than the pilgrims".  Joseph should put the costume on, and instead of calling it White Cloud, call it Rain Cloud.  I wonder if Joseph remembers that the Natives fought along our troops in 1812?  Joseph reminds me of all the other Native virtue signalers these days: the kind of person that took a Native Studies course yet never stepped foot on a reserve.

Even though we often dress up like other people on Halloween, they should either be fictitious people like Harry Potter or Wonder Woman, or real people who have not experienced a several-hundred-year history of violence and displacement. Dressing up like a firefighter, sailor or a farmer is different because those people are not joining the conversation from a position of weakened power.
Well, I might have said it a bit differently to my daughter.

But you didn’t and now she'll grow up thinking Dad's an over-sensitive Nancy Boy.  Joe, don't suggest what people should wear.  It's not your place and I know you're not the beacon of virtue that you think you are.  If you must know, Joseph, for hundreds of years that people dressed up on Halloween to blend in with the evil spirits so they wouldn't get attacked.  Nobody dressed as fictitious movie characters, Joseph, you milksop.  Pop open the Farmers Almanac and know your own history before you bleat to your daughter about someone else's culture.  You could go out as Hippocrites or maybe your Halloween costume could be Man of the House?  And what makes you think it's been hundreds of years of straight violence?  What the hell's wrong with you and where did you pull that information from?

We let Sonia run around a little while longer with her cousins and then suggested some other costumes she could wear. Everybody loves dinosaurs! Ladybugs never experienced a cultural genocide! There are safer choices.

Ladybugs.  I've never read something written by an adult that has the mentality of a child.  He must be a substitute teacher.  Here's one Joe, have her dress up as a pair of shoes since shoes have never experienced a cultural genocide.  Sure those years were rough when the Sandals arrived but it was never a genocide.  And Ladybugs just eat poison for a living.  Nice message.
She shrugged when I told her it wasn’t appropriate to wear and reluctantly took it off. I reminded her of the work they’ve been doing at school by using First Nations values to structure each month of their school year. Indigenous artists and teachers have been visiting the school to help recast their culture as contemporary and dynamic, and not something confined to history textbooks (or Halloween costumes).

Thanks, Dad.  Bring school into the conversation to bring everyone down.

There is a real paradox here that requires reflection. It’s important for our kids to know that the costume was made with love and care by a compassionate member of the family. When I was a kid, I too ran around and played “Cowboys and Indians” with my friends, including one who was Anishnaabe, although at the time we didn’t make the connection. I don’t think he did either.

Wow, what a paradox.  You should write Sci-Fi.  And who is Anishnaabe, a friend of yours?  I’m not surprised you missed your own point.  The paradox is that you fail to see that when you don't talk about race, it's not a thought.  Funny how that works.  But you planted the race seed in your daughter’s head, you chinless wonder.  You wouldn’t need a costume if you went out as Racist Dad for Halloween.

This year we’re in less murky ethical territory. Our three kids have decided to go dressed as a witch, Pippy Longstocking and a Minion. And the school’s policies have helped clarify costume policy for the kids in a manner way deeper than what we got when we were kids. Those lessons are sinking into how our kids think about Canada.

What do you have against witches, Bigot?  And making fun of Germans?  You think that's cool, Joseph?  The minion is totally going to get eaten by a spirit, so that'll be on your head.  And kids should think of Canada how we did: it's a cool place to live so we don't need snowflakes like you, Joseph, screwing things up for normal people because you can’t see past your over-inflated sense of self.  Shit, you take your life cues from a School Board? 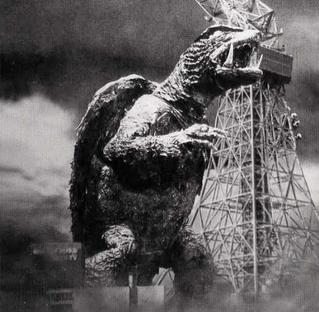 The other day our whole family was walking through Winchester Park just off Sherbourne Street in Toronto when we stumbled upon a beautiful mosaic, horizontal on the ground, over twelve feet in diameter and painstakingly made with pebbles. There was a turtle depicted in the centre.

“Don’t you know what that is dad?” asked Sonia pointing at the turtle.

“No, the turtle is the animal that represents the country for the First Nations; he holds us all up on his back. We live on Turtle Island. See how it’s round? That’s what this is.” She schooled me.

Yup, Joseph, you probably get schooled a lot and it doesn't surprise me that it's from someone that's under 10.

She continued to point out that fact that the Turtle was “swimming” in between a row of pebble-made high-rises on its left and a row of old-growth trees on its right, trying to navigate through two worlds. Sonia identified the cardinal directions by extending lines worked into the mural and explained that the Turtle was swimming due North.

From now on I’ll be the one asking my daughter about my Halloween costume before I wear it outside.

Yuk, yuk, yuk.  Joseph, you're hilarious.  You'll probably want to ban Gamera movies next since it's insensitive to radioactive turtles.

Kids, don’t be a gutless wonder like Joseph when you grow up.  I've said it before, people are people and you should treat everyone politely until they give you reason not to.  Also respect is earned, not given.  And lastly, it's Halloween, so wear whatever you want.