Skid Row Row Your Boat Gently Down A Stream 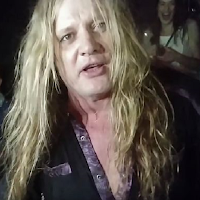 Here's what happens when old rockers don't read the Terms of Service.  And it backs up what I've been saying for years now: if you're looking for money from music, focus on sales and not streams.

I'm going to comment on this one line by line and maybe by the end, we can figure out why some of these Drama Queens, like Sebastian Bach, are so out of touch these days.

Remember all those times I suggested if you wanted to make music for the rest of your life, you should have a day job too?  It's good advice.

For years, Spotify has been criticized for offering paltry payouts to musicians and songwriters, with some claiming that the service gives major-label artists an unfair advantage via playlist placement and other promotional avenues.

In an interview published Thursday, Ek told Music Ally: "Even today on our marketplace, there's literally millions and millions of artists. What tends to be reported are the people that are unhappy, but we very rarely see anyone who's talking about… In the entire existence [of Spotify], I don't think I've ever seen a single artist saying, 'I'm happy with all the money I'm getting from streaming,' stating that publicly. In private, they have done that many times, but in public, they have no incentive to do it. But unequivocally, from the data, there are more and more artists that are able to live off streaming income in itself.

"There is a narrative fallacy here, combined with the fact that, obviously, some artists that used to do well in the past may not do well in this future landscape, where you can't record music once every three to four years and think that's going to be enough," he continued.

That's important, actually.  People's attention spans (myself included) have gotten shorter.  Even at home any more, I'm usually recording something.  I might put it out, I might not but that's because I always like new stuff, and the more the better.  You can't put out 30/40 minutes of music every two years and just sit back and coast, especially if the style of music you're doing hasn't been in fashion for 30 years.

"The artists today that are making it realize that it's about creating a continuous engagement with their fans. It is about putting the work in, about the storytelling around the album, and about keeping a continuous dialogue with your fans.

Makes sense.  What these babies should do is film the recording session and put mini-docs out up until the release.  Create an interest instead of just hiring an Ad/PR agency to promote the release and then not do anything after it's out.  I always wondered why people spend more time promoting something that's not available instead of something that is.

"I feel, really, that the ones that aren't doing well in streaming are predominantly people who want to release music the way it used to be released," he added.

A number of notable artists have since fired back at Ek over his suggestion that artists need to churn out more content if they want to the same money they used to, with many in the music community saying that's just not how the creative process works.

"While you (the listener) benefit & enjoy Spotify, it's part of what's killing a major income stream for artist/creators," Snider tweeted. "The amount of artists 'rich enough' to withstand this loss are about .0001%. Daniel Ek's solution is for us to write & record more on our dime?! Fuck him!"

You'd better get to work since this is the way things are currently and will be for the foreseeable future.  Also, sales haven't been the major income stream for a long time.  Performance royalties would probably be the major income stream for a band that had a hit in the 80s and doesn't tour anymore, unless you had a stroke of luck and that song wound up in a movie or a video game.  Dee's "Daniel Ek's solution is for us to write & record more on our dime" is a little off.  It's not the solution but it doesn't look good for someone like Mr Bach since more of his solo songs isn't what anyone wants or needs.  There's millions of songs on Spotify, why would I waste my time listening to 80s "metal" when it wasn't even good at the time?

Bach also chimed in, writing: "When this guy puts out an album himself I will listen to him tell me about my albums."

It could be the lack of punctuation or lack of smarts but he should have said, "...I will listen to him tell me about my albums and how they tank out of the gate."  I think his last CD was certified Paper by the RIAA.

Portnoy was equally critical of Ek's comments, tweeting: "What a greedy little bitch...it's bad enough that he's worth BILLIONS based on stealing and giving away other musician's music...but now he's suggesting we need to make MORE music for HIM to make more money!!! F-@Spotify and F-@eldsjal

You know why he's rich?  Because he obviously did something right.  You know that Spotify isn't a payday, unless you didn't read the TOS.  Opt out if it bothers you so much.  I used to opt out of having my stuff on Tidal, since I didn't like the owners (they were celebrities calling themselves artists).  It's easy to opt out.  And how exactly is Ek "stealing and giving away other musician's music"?  We may never know the answer.

"I have 8 full album releases in 2020 & will make PEANUTS on them (if anything at all...) So his theory of artists needing to make MORE music to succeed is shit! F-@eldsjal & F-@Spotify! Support THE ARTISTS DIRECTLY if you want them to be able to continue to make music..."

He should have put his songs on BandCamp so people could buy them.  If you want more money from streams, talk to your label or manager to see if they can get you a better deal.  As good as Mr Portnoy is, what he plays on is for a pretty niche market; not a lot of Prog Metal in the charts.  They may be the best fans in the world but it's not a huge number.  He'd be better off playing sessions, at least he can do that whereas Dee and Mr Bach are out of luck on that one.

Here's why all of these belly-achers are so dumb.  They're so hung up on streaming yet they want to make money.  As I mentioned at the top: focus on sales.  Treat your streams as promotion for the sale, then you'd get the money for the sale AND the stream.  I have zero sympathy for these three Extra Chromosomers.  They've known forever that money is in the touring, and wait for it, merchandise.  But people don't stream merchandise, they sell it.  It's income.  But someone like Bach would still want $0.02 for every time you wore the T-shirt that you bought at his show.

Since I hiked my stuff over to DistroKid, I have 5 or 6 things up on Spotify.  You know how much I expect to make from streams?  $0.  I expect the same out of sales too so anything to me, is a bonus.  And thankfully over the years, I have seen minor payouts and I'm still thrilled that happened.  I'm not here for the money, I'm here because I thoroughly enjoy making music whether it's playing guitar, making the songs, being my own engineer, mixing, making the cover.  I enjoy the whole process, especially since it's all from home and I'm not wasting a gross amount of money going into a recording studio.  Thank God I'm not on a label either.  Also, I don't have to cater to an audience.  The only one that has to like what I do is me since I'm the guy that's going to be listening to it the most.  If someone else does and likes it, then great, if not, no big deal.  At the end of the day, I'm happy.
And I still haven't figured out why Drama Queens, like Sebastian Bach, are so out of touch these days.
Posted by Gregg Koval at 12:29 PM